A Brief History of Trnovo

Traces of life in the area of Valley of Trnovo date back to the Prehistoric Age as today legally protected monuments testify. As one of rare places, Trnovo can be proud of possessing many sights and memorials from the old and recent history, especially prehistoric archaeological sites such as the City Šišići – prehistoric hillfort, Ruda Glavica (Tošići, Trnovo) Paleolithic place in a cave, Gradina Prečani, then Gradac Bogatići, Gradac Trnovo – fortification from the Middle Ages, then medieval necropolis Šabići and Rakitnica (58 medieval tombstones). 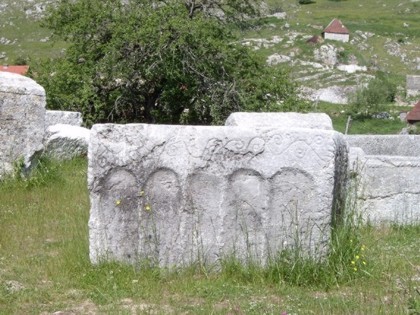 Trnovo as it is known today begins to develop with the arrivals of the Ottomans in these areas, as it is confirmed by the Islamic religious buildings especially City Mosque, built in 1565 or the Old Mosque in Umoljani from 1716, and mosque in Lukavac from 1766 and so on. The development of the city continues with the arrival of Austro-Hungarian Empire when the city expanded substantially. It was the seat of the Kotor outpost, Serbian Orthodox parishes with the old church of St. George the Great Martyr, built in 1886, arms station, National primary school; established in 1889, then a telegram and barracks. 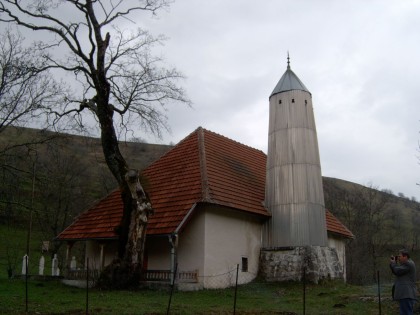 In 1894, during the Austro-Hungarian Empire, on the highest peak of Bjelašnica, at an altitude of 2,067 meters, Meteorological Observatory was built. Stone was used for construction. It was the first Observatory in the Balkans.

Center of Trnovo lies at an altitude of 844 meters, while the villages on the slopes of the surrounding mountains lie at an average altitude of 1,000 meters. Mountains of unique beauty reach height over 2000 meters: Treskavica (2067 m), Bjelašnica (2088 m), Igman, Jahorina and Visočica. The municipality is characterized by a continental climate that with increasing altitude becomes the sharp mountain climate of alpine type. This area is characterized as an ecologically clean area, which is reflected in the purity of water and air, and the preservation of natural characteristics of the land.

Trnovo is also characterized by a rich natural heritage which is located mostly in the mountains: Bjelašnica, Treskavica and Visočica and in Canyon of Rakitnica. Also other areas are enriched with beautiful nature, lush vegetation and natural monuments. There are many natural springs and mountain streams of unique beauty that enrich many areas of the municipality.

This area is also interesting because of caves, mostly locally known and completely unexplored. Nature parks of mountains are at the foot overgrown by forests and ground flora that requires full protection of certain plant and animal species and ecosystems. In today conditions there are large number of endangered species of plants, animals, fungi, and the entire plant communities and ecosystems.

Trnovo is exceptionally abundant with the clean, fresh water springs, and rivers, such as Crna Rijeka, Bijela Rijeka, Rakitnica River, Canyon of Rakitnica, as well as five mountain glacial lakes.

The watershed of the Adriatic and the Black Sea basin is on the territory of Trnovo. Željeznica, Crna and Bijela are flowing towards the Black Sea, while Rakitnica flows into the Neretva whose sump drains into the Adriatic Sea. Canyon of Rakitnica River, long 20 km with untouched nature represents unique tourist attraction for rare visitors. Its waterfalls crash down to the cliffs where they disperse into millions of tiny particles floating in the air and contributing to the creation of high ozone concentrations, and it represents rich air spa near to Sarajevo. Trnovo with its huge potential of water resources can provide constant water supply of a high-quality drinking water for more than a million households.

Forests are one of the most important natural resources of the Trnovo. It is estimated that 2/3 of flora of Bosnia and Herzegovina (about 3,000 taxa) exist on the Trnovo area.

Numerous endemic and relict plants attract the attention of foreign and domestic scholars and lovers of nature.  Among other things, the whole area is rich in medicinal and edible, aromatic and vitamin plants.